THE HISTORY OF EXETER’S YMCA 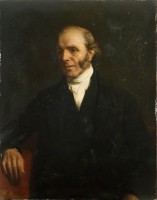 Born in Kenton on 5th August 1788 John Dinham was, at the age of fourteen, apprenticed to a grocer on Exeter High Street. Then in 1809 he opened a Jeweller and Silversmith shop but went bankrupt, the victim of unscrupulous travelling salesmen who purchased his goods, sold them on at significant profits and then left the country without settling their accounts with him.

Undaunted, Dinham then became a clerk with Messrs Kingdon’s paper business in Fore Street but when a tea company in London opened an Exeter branch in 1827 they appointed John Dinham as manager. When after several years the tea company decided to close its Exeter branch, Dinham started a new tea import firm with himself as managing director.  This was so successful that he became a rich man and was able to clear the debts on his bankruptcy. 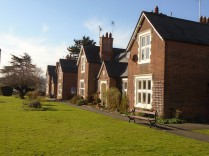 He now turned his attention to philanthropy and funded the Church Pastoral Aid Society, the British and Foreign Bible Society, the Church Missionary Society and the Religious Tract Society. He also founded several Sunday Schools, an Infant School on Preston Street, institutions for the deaf, dumb and blind, as well as homes of refuge for persons in need and the foundation of the Exeter Free Cottages – which are still in existence and presently undergoing refurbishment. 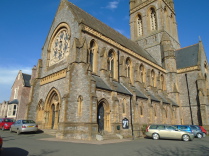 Puritan Dinham purchased some land (to stop it being used for fun fairs and travelling shows of which he disapproved) in the area now called Mount Dinham.  He gave some to the Episcopal Charity Schools – of which he was a trustee – for the building of a new school. He also gave a large portion of the site to the church, on which the beautiful St Michael and All Angels was built in 1868. Naming the area ‘The Charity Land’ blocks of cottages were built all at his own expense. 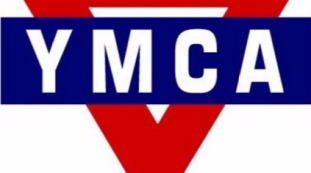 Of course when he heard of that new institution, the YMCA, he made sure that they extended down to Exeter.

The YMCA was the brain child of George Williams, originally a Devon man and by now a successful London draper.  He was a rich man and a compassionate employer who instigated the Saturday afternoon holiday for his employees and then, with his father-in-law (and boss), conceived the idea for one of the world’s most enduring and widespread organisations, the YMCA.

Dinham was very actively involved in ensuring that the Association was well established here in Exeter and enabled to carry out its good works.  These may have changed over the years since its establishment in 1846 but its ethos of helping and supporting young people has never changed.

The organisation has been active, particularly throughout both world wars – providing services and support in Exeter and Plymouth during the Blitz, despite their head-quarters being reduced to rubble in the High Street bombing of 1942.  In its successful efforts to help youngsters deal with the challenges of growing up from the Victorian period to the modern day, the YMCA has accumulated a fascinating history and we were delighted that Sam Rainbow from the YMCA gave us a most welcome talk on 9 February delving into John Dinham’s life in more detail, tracing the development of the YMCA in Exeter, and exploring the impact that the organisation has had on Exeter in its 170 years of existence. 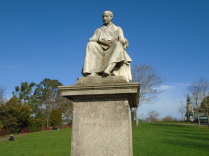 John Dinham died at Dawlish on 27th June 1864 at the age of 74, bequeathing his fortune to between fifty and sixty charities, he was buried on 2nd July 1864 in Bartholomew Street Cemetery.

A white marble statue (right) was erected in Northernhay Gardens in 1866 in Dinham’s honour, originally bearing the inscription  “Erected by the Citizens of Exeter and others in memory of his piety, integrity and charity 1866”.  It was sculpted by E B Stephens ARA of London.

The YMCA in Exeter is the second oldest in the world and its first headquarters in 1846 were in Gandy Street. One of its first services to young men was to provide free washing stations for footballers !  In 1870 they moved to Queen Street where an excellent library and reading room were established as part of its aim to provide somewhere quiet and instructive for young men.

The YMCA responded to the Great War by providing free unlimited accommodation for soldiers in uniform and they extended their services by installing billiards as an acceptable entertainment.   They also worked on providing Gentlemen Night Patrols in Exeter and arranged to build huts in the trenches.  These provided shelter and rest camps for the young soldiers.  The huts also had paper and pens to enable the young men to write letters home.

Having moved their headquarters to Kings Alley opposite St Stephens Church (where Clarks shoe shop is now) the YMCA headquarters suffered complete destruction, during World War Two but reopened in the Wesleyan Church in Southernhay and then Queen Street.   Undaunted by the destruction they combined with the ladies of the Women’s Auxiliary to open a canteen at St Davids and organised for women to go round Exeter giving out free tea and corned beef sandwiches during the Blitz.   They campaigned hard to save St Stephens which had been badly damaged and used the church for many events.

In more peaceful times the YMCA has embedded itself in the social fabric of the city with its wide variety of charitable activities, from humanitarian work and supported accommodation for the homeless to providing athletic facilities and classes for a wide variety of skills.

The YMCA continued to provide safe places for young men to be entertained.  In the 1950s and 60s there were dances for the mods and rockers of the day and facilities such as table tennis, billiards and darts.  Further improvements in the 1970s included a well equipped gym and a motorcycle club.

Rebuilding and refurbishment took place in the 80s when the organisation rebranded itself as the YMCA, dropping the words Young Men's Christian Association.

Concern about young people in country villages where often there is nowhere for them to go in the evenings has prompted the YMCA to provide clubs in many areas.  Meanwhile in Exeter the focus is very much on helping the vulnerable in society - such as rough sleepers and the hidden homeless (those with no fixed address).   Another project is Safe Stay which offers one night on a sofa in someone's home.

For the 170 years of its existence, YMCA Exeter has supported young people in their time of need through a wide range of Youth Services.  It is a local Christian charity which is passionate about creating exciting and positive opportunities for vulnerable young people to thrive, grow in their unique skills and inspiring them to become transforming influences in their communities.  As one of the oldest YMCAs in the world, they are committed to seeing individuals and communities transformed by hope despite often challenging circumstances.

In its successful efforts to help youngsters deal with the challenges of growing up from the Victorian period to the modern day, the YMCA has accumulated a fascinating history and we were delighted that Sam Rainbow from the YMCA gave us a most welcome talk delving into John Dinham’s life in more detail, tracing the development of the YMCA in Exeter, and exploring the impact that the organisation has had on Exeter in its 170 years of existence.