HISTORY OF RECYCLING IN EXETER

Until the Industrial Revolution waste was really not a problem as everything was recycled.  People were poor, they had very few possessions and what they had was used and re-used until it disintegrated.  And then it  was burnt – almost everyone had a fire, the only way to cook and keep warm. 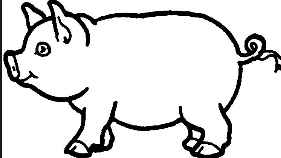 Inedible food went to the dogs, or the pig (who in turn was recycled as food - or money, if sold). The cats ate rats and didn’t need feeding.  Human faeces were used as fertiliser and urine helped to break down vegetable waste to turn that into fertiliser (some people even today use it on their compost heaps!). 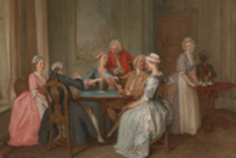 Even the rich hung on to their clothes and, if anything was unwanted, there were plenty of servants to be glad of a new outfit.  Torn worn clothing was cut up and reused – clothes for the children, the ubiquitous patchwork quilt.

But industry changed everything.  Soon there were large numbers of people living crowded together in towns and cities and waste became a very serious problem.

Horse transport didn’t help.  I'm informed that each horse produced @ 30 lbs of poo a day and this littered the streets.  It would be piled up in great heaps – a joy for the rats – and when horses died on the job it was often considered too messy and difficult to remove their bodies.  So they were left to putrify, ‘til it became easier to chop them up and dispose of them.

Most household rubbish - in those pre-plastic days – was still burnable but the end result – ash – could no longer be spread on the fields as fertiliser.  No fields in Victorian towns.   So dustcarts were introduced to collect ash and non-burnable rubbish which was delivered to yards (usually close to a river) for sorting (recycling). Nimble fingered women sorted:

Children scavenged amongst the rubbish for rags and bones while poultry and pigs scratched for food.  Not, I think, a salubrious workplace.

Paper was precious so paper collection and sorting formed a special industry.  Fine dust was used in making bricks and sometimes mixed with road-sweepings to form an excellent manure. Coarse dust was mixed with mortar

Animal and vegetable matter with an addition of lime mixture would be burnt.  This dust with more lime added would then be used to make excellent quality mortar.  But sometimes people economised on the lime and when the resultant mortar was used in building houses it would emit noxious gases and even cause ceilings to decompose and fall. 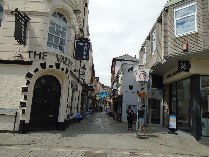 Personal waste was still valuable.  It was used in the tanning industry – a trade so foul smelling that it was relegated to the slums. Particulary it was located in a street so smart today it is hard to imagine how it once was.  I speak of  Gandy Street!

The animal skins were first soaked in urine - it helped to remove the hairs. Then the tanners would soften the hides by stamping on them with bare feet in a bucket of warm, steaming gravy made from water and faeces (human faeces) for two or three hours. It stank. 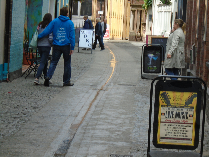 Gandy Street’s narrow central gutter was once much wider.  It would have extending to the cobbles which can be seen on the picture on the left.  This width was was essential as all the stinking waste was tossed there to drain away. 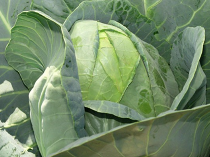 But as towns and cities expanded there was more personal waste than the tanning industry could cope with.   Night soil men collected it from a container in the basement or back garden and took it to the country to spread on fields.  So the cabbages you later bought may well have been fertilised with your own muck …!

But as the cities grew the night soil men also could no longer cope. So human waste found its way into rivers and they all stank. 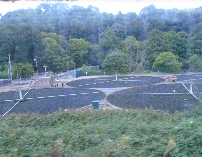 Nowadays our sewage is filtered and treated in tanks and ponds away from the city.  Waterborne bacteria break it down and make it safe and the resultant harmless sludge is then spread on farmers’ fields as a fertiliser.  So we are still recycling it!

By the beginning of the 20th century hygiene and living standards had improved enormously and only 10% of the population were now living below the subsistence level.

Gas and electric cookers were becoming popular but most homes continued to be heated by coal fires and the resultant ash needed to be removed by the dustmen.  As people became better off, they created more rubbish.  And dustmen were prepared to take anything that was left out – including furniture (which they could sell)!

World War 2 called for many economies.  Pig swill buckets with heavy (anti rat) lids were provided for people to deposit all their food waste – meat, vegetables, everything.  How they smelt!  The contents were then heated to kill bacteria and provided to farmers in cake form – pig food with added water (excellent recycling). 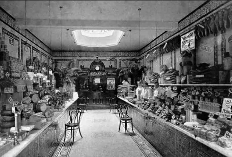 After the war there was still very little waste – I can just remember how my grandmother queued up in Sainsbury’s for sugar, cheese, butter, meat etc.  All were individually cut at different counters and wrapped in paper.  And the paper would all go straight on the fire when she got home.  More ash.

When she shopped for food or clothing, she took empty bags to put her purchases in – carrier bags only arrived in the 1980s.  If she bought a heavy item, such as furniture, it was delivered fully assembled by two or more men.  Flat pack had not arrived so there was no need for all that cardboard.

Any garden waste that my grandfather couldn’t compost he burnt – and sprinkled the ash on the flower beds.  Last time I tried a bonfire the police came round to insist I kill it immediately !  To be fair, my garden was beside a main road.

Milk was no longer delivered in churns, when the housewife had to run out with a jug.  Milk was now delivered in glass bottles and by the 1970s the horse had been replaced by electricity.  But the milkman still took away the empties – for recycling.

And of course we had the rag and bone men who collected and sold on unwanted items. That trade didn’t really die out until the 1980s. In Victorian times and through the 20th century: 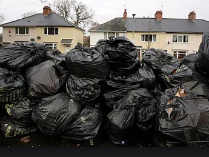 And then in the 1980s came the black bin bags. They ended an era because dustmen were no longer able to sort through our rubbish to find items to sell. So all the bag contents ended up in landfill.  It seems amazing now that we felt the earth could cope with all that plastic-wrapped waste.

Can we blame the supermarkets for the amount of waste we have today?  Or is just that we are all so much richer than our grandparents and we will only buy stuff that is beautifully wrapped ? 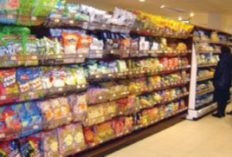 But the whole supermarket system demands that everything should be individually wrapped “back stage” before going on display.  And to tempt us it has to look enticing – no bits of wrapping paper now.

I‘ve been going through my recycling bin recently and it amazes me how much of it is packaging.  All those plastic bottles, milk cartons and glass bottles.

These days it seems as if we’re doing all the work...

What do the Council do with all that stuff ?  All was revealed by Merrick as he took us around the Sorting Hall.

First we saw a JCB which lifts the waste into the bag splitter - hence the necessity for households to keep their recycling loose.   Next we saw the pre-sort cabin where cardboard is removed and contaminated material (about 10%) is taken off and re-loaded into another container. Glass is not colour sorted by households as the smashed glass would contaminate the recycling material so householders should deposit bottles and jars in the colour-sorted bins at various supermarkets, car-parks etc.

We next saw the sorter conveyer belt where operatives hand-sort the material and non-recyclable items are removed. Next was the sieve to remove items which cannot be sorted because they are smaller than a can lid.   Suddenly then the alarm sounded and the machinery was stopped: a needle was found which had to be removed.   Next we were shown how the magnet removes steel cans to be baled separately, and the optical sorter which detects anything which isn't paper.   Plastic bottles are removed, and paper piles made up into bales.

Outside the plant, neatly stacked ready for sale to other agencies, were bales of cardboard, clear plastic, coloured plastic, milk bottles, aluminium cans, steel tins - all baling and binding carried out by machinery.   We were told that the manager ensures only to sell the various bales when the best prices can be obtained for Exeter.

Merrick, our guide, explained that plastic bottles go to the Midlands to be turned into milk bottles, plastic furniture, pipes, bins, rope, toys, and pop bottles into textiles like the fleece jacket.   Aluminium cans go to Warrington to become new aluminium cans, steel cans enter the automotive industry via reprocessing in South Wales and a company in Norfolk makes newsprint from our paper.   Ships exporting goods from China fill up with our cardboard for the return journey that they would otherwise make empty.  We see it again as packaging for electrical goods.

Lastly, Merrick pointed out that the centrefold of the free paper “Exeter Citizen” is devoted to recycling and Denis the Dustcard can now be followed on Twitter and Facebook. Want to know more about how recycling benefits the city or what can be recycled? Perhaps you fancy seeing Denis dressed up as Willy Wonka or skydiving in a pair of Groucho glasses? Then  @DustcartDenis on Twitter and @DustcartDenis  on Facebook are the pages for you!  It’s a party, and you’re all invited.