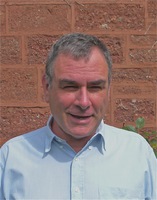 On Thursday, 11 August 2016, fans of Exeter’s history learnt a hundred facts about the city we live in from Dr Todd Gray.  He skipped through the city’s history relating little-known but fascinating events that have occurred in the city over the past 500 years. Todd is well known in Exeter for his many books on the city’s history (numbering over 40!) and for his delightful and often very humorous presentations of our past.

Below is a taster, a look at ten of the things you may not know about Exeter’s great history.

In 1556 the city avoided a plot to rebel against Queen Mary who was about to marry Philip II of Spain.  Weapons were secretly brought into the city but the plans were discovered and thwarted.

In the 1560s Exeter’s council seized a third of the goods of wealthy orphans to pay for constructing Exeter's canal.

In 1642 the city declared its support for Parliament rather than the King at the start of the Civil War.

In the late 1600s, the arrival of French Protestant refugees filled the city and they became the largest recorded minority in Exeter’s history.

From its start in the early 1720s, Mol’s Coffee House was run only by women for more than a century. 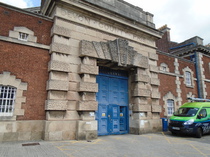 ​During the struggle for women’s rights, Mrs Pankhurst was incarcerated in Exeter Prison.

​The city’s war memorial in Northernhay Park was the first in Britain to depict a prisoner of war.

In the mid 1930s, Oswald Mosley's Blackshirts picked Exeter as their centre of operations for the South West.

Following the Blitz in 1942 Exeter City Council, after pulling down a number of sound buildings, was accused by the national Inspector of Ancient Buildings of committing the worst case of vandalism of any council in Britain.

Exeter’s records are the most complete of any city outside London and it is because of their richness that we are able to know so much about Exeter's past.

If you want to know what are the other 90 things you should know about Exeter, Todd will be giving his talk again on Tuesday, 6 September.

THIS WILL BE A TICKET-ONLY EVENT